Suzie has been a member of the board since 2013. She was elected to the office of Vice President in 2017, and in 2018, she assumed the position of President.

Suzie moved to Warsaw in 2000 when she took over as the local State Farm Insurance Agent. She has been active in several local organizations including the Warsaw Chamber, Jubilee Days, the Benton County Community Foundation, Warsaw Parents as Teachers Advisory Board, and the Parish Council of St. Ann’s Catholic Church. She has also held several leadership positions on these boards.

She became active in tourism when she started the Benton County Wine Stroll in 2012 – which continues to thrive as a tourism event. She loves being involved in area events, and she enjoys telling people about the various activities that are available – whether they are just passing through or if they plan to make Benton County their home.

​Suzie grew up in nearby Sedalia, Missouri, but she has deep roots to Benton County. Her father’s family can be traced to the original German settlers in Cole Camp, and she proudly has her name as a descendent on the German Immigrant Memorial in Cole Camp.

Suzie is married to her husband, David, and they have two sons, Ben & Blake, who are both graduates of Warsaw High School. When she isn’t working or volunteering, Suzie enjoys playing with the cattle on the farm she and her husband have. 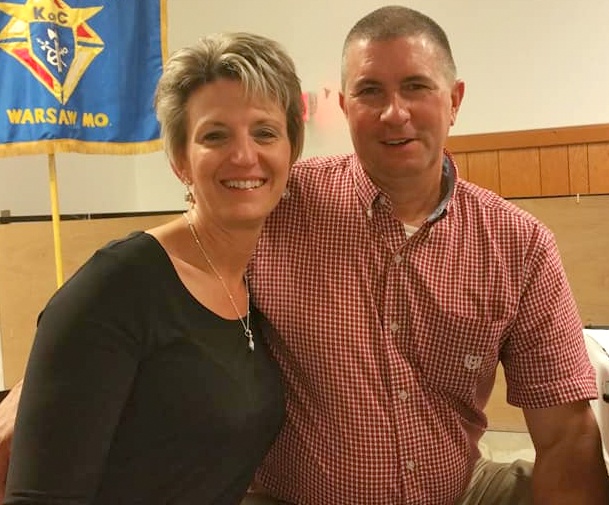 Susan began serving on the Benton County Tourism Board in October of 2017. She is a lifelong resident of Cole Camp and is the Chief Executive Officer of Citizens Farmers Bank.

Susan spends much of her spare time volunteering for organizations like the Chamber of Commerce and Cole Camp School Music Boosters. Her favorite thing to do is spending time with and spoiling her four grandsons.

Tourism is vital for the local economy of the small towns in Benton County. Cole Camp is fortunate that 52 Highway runs right through the historic downtown area on the way to Lake of the Ozarks. Many tourists and weekenders stop in Cole Camp for the unique restaurants and shopping as well as the many events hosted by the town.

Rick Renno owned and operated Rick’s Lakeside BBQ located at the 84 mile marker of the Lake of the Ozarks from 1980 – 1986. In 1986 he purchased the Lincoln Inn in Lincoln and operated it for the next 27 years until he sold in 2013.

He is a member of the Lincoln Chamber of Commerce Board of Directors and is a Past President. He has also been a member of the Cole Camp and Warsaw Chambers of Commerce. Rick served on the Board of Alderman in Lincoln for six years and was Mayor for two years. He was elected County Treasurer in 2002 and is still serving in that capacity. He is also the current President of the Missouri County Treasurers Association.

Rick enjoys spending his free time on the lakes, both Truman and Ozark on his boat with friends and family every chance he gets. He is also an avid bike rider and enjoys riding the many trails available in Benton County and on the Katy Trail.

Rick has always felt that marketing was an important component of being in business and has that same feeling for promoting the lake area businesses. He feels that Benton County has a lot to offer to people that are looking for a place to visit or own a second getaway home and that it is the Tourisms Boards job to help spread the word.

​Cathy moved to Warsaw in 2014 when she and her husband, Ken, purchased Sterett Creek Resort & Marina. Moving to a small town in the Midwest and taking on re-building an aging resort was not an obvious next step for her (them) but has proven another great challenge in a lifetime of doing the unexpected. Cathy has been a BCTR Board member since 2019 and serves on the Benton County Barn Quilt Tour Committee.

Cathy worked in healthcare for over 30 years, starting as an therapy aide after high school and while attending college. She became a Registered Physical Therapist practicing in Phoenix AZ. Cathy returned to school to become a Physician Assistant, graduating in 2002, going on to complete a fellowship in Geriatric Medicine. She worked in Internal Medicine and Cardiology initially before settling into Urgent care and Family Medicine in the Indian Health Care system in AZ. She also worked alongside her entrepreneur husband helping to build and manage his businesses. Cathy retired from healthcare after moving to Warsaw and has pursued a different means of taking care of people – in the hospitality industry. She and Ken spend their leisure time traveling, enjoying experiencing new places, new foods, and great people, and bringing back new ideas for their business.

Being in a hospitality business that is dependent upon tourists and locals alike spurred Cathy’s interest in working on the BCTR Board. Looking to help the Board foster the area economy by helping to bring more business into the area through tourism. By working with many lifelong and long-time residents of the area, she brings an “outsider’s” view and a new perspective on the area’s tourism.

Brooke is a Registered Nurse at Benton County Health Department, where she is the Emergency Preparedness Coordinator, In-Home Services Coordinator, and Education Coordinator. Being active in the community, as well as the outdoors, are just two of her many hobbies. She loves to be out on the water on the boat, to see all of the beautiful sites there are to see from the lake point of view.

To Brooke, tourism is especially important in this county, because it keeps us thriving. Many people love to be at the Lake, but also want that small-town feel. Benton County is perfect for that. She feels that there is no other place that she would rather raise a family. 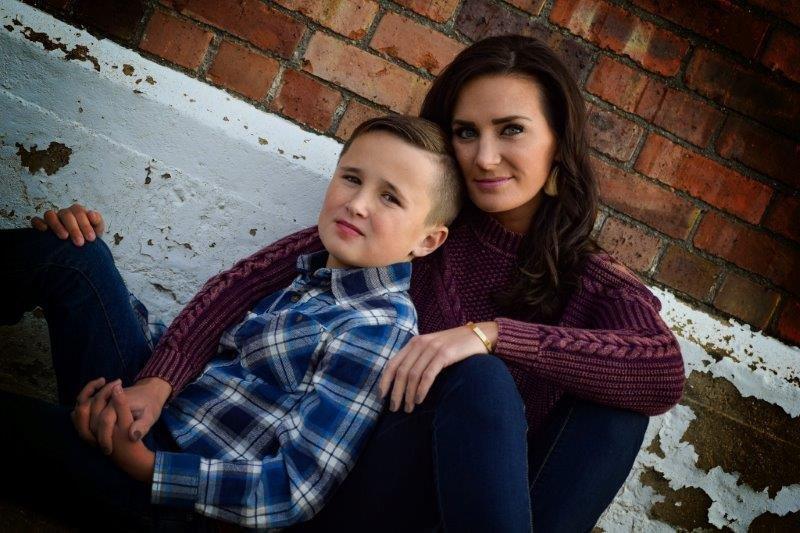 “Benton County is my home and I want to see continuous growth.” Jo Ann moved to Benton County over 30 years ago with her husband and four children. While all the children have graduated and moved to different areas, Benton County is still her home. “Benton County has seen many changes in the last 30 years and will continue to see further progress. I am excited to be able to work in the county and support the local business community. Each town in Benton County is unique and has a great deal to offer.” 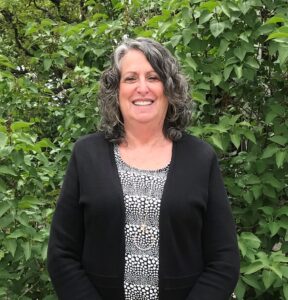 My husband Ron and I have owned and operated R&C Adventures for 14 years, which is a cabin rental resort on Highway 7, one mile north of Long Shoal Marina. We have 8 cabins total, we’re open year round and live on premises.

​We bought the land and built the business while still living in Maryland. We moved to Warsaw in June of 2009. Two of our children, Alex and Rebecca, came with us and helped with the business after school and on weekends. Our 2 older daughters were going to school in Maryland and wanted to stay there.

I was a travel consultant in Maryland and learned about most aspects of the travel industry, which has helped with the hospitality end of our busness, along with acquiring management skills during my career.

When we can get away from the cabins, we just love all of the outdoor activities Benton County has to offer, especially boating on the lake.
​

Evolution as a process, is not possible without influence and action. This is the guiding principle that Luke has lived by throughout his professional career. Prior to Luke’s professional career he focused on growing leadership skills thru various youth organizations. His early jobs were based in public safety including law enforcement, firefighting, and EMT. Luke Joined the ARMY in 2003 as a communications specialist/radio operator. After the ARMY Luke finished his Bachelor of science degree in Geography from the University of Central Missouri and immediately applied his education at HNTB, one of Kansas City’s premier engineering firms, as a GIS (Geographic Information Systems) technician. When Luke found himself with nothing more than a notebook, knee deep in a muddy and mosquito infested wetland collecting plant and water quality data under an August sun, his passion for efficiency presented itself. Entangled in the world of natural resource management Luke focused the next 10 years of his professional career bridging the gap between new technologies and the natural environment. Luke led multiple teams related to resource consulting and operational efficiency coordination under companies such as Bartlett and West, Olsson Associates, and even a short, unexpected, time with the Kansas City Zoo. It wasn’t until Luke decided to expand his experience by applying his resource management skillset to Missouri State Parks that he could fully appreciate managing an intact natural environment alongside sometimes intense human recreation in a controlled system. The unique perspective Luke gained over the next 5 years from leading teams at Montauk State Park, a premier trout park in southern Missouri, and later Harry S. Truman State Park near Warsaw, unearthed the idea that although people enjoy the rewards of these natural areas, they rarely understand them or intentionally protect them. And so, Warsaw Adventures was born. The brainchild of Luke, and wife Janelle, Warsaw Adventures would focus on first connecting people with the abundant natural environment by making access to the outdoors easier, and later a gradual immersion into it. The first phase of the business started in May of 2021, and with success, will grow to include a multitude of recreational and educational based eco-tourism across the region.

Luke is focused on continually bettering the surrounding community and supports anything that increases the public’s access and awareness of the natural environment in a healthy and reasonably eco-friendly manner. Luke serves as a board member for Benton County Tourism and joined several event committees to strengthen his support for Benton County and Warsaw.  Luke backs Local business partnerships and actively seeks ways to connect multiple business services and professional resources together to create a network of economic sustainability. As a community and as individuals, being adaptable isn’t enough, adaptation is a reaction with a limited number of results; rather, we must be proactive in our evolution, as intentional foresight provides unlimited possibilities. 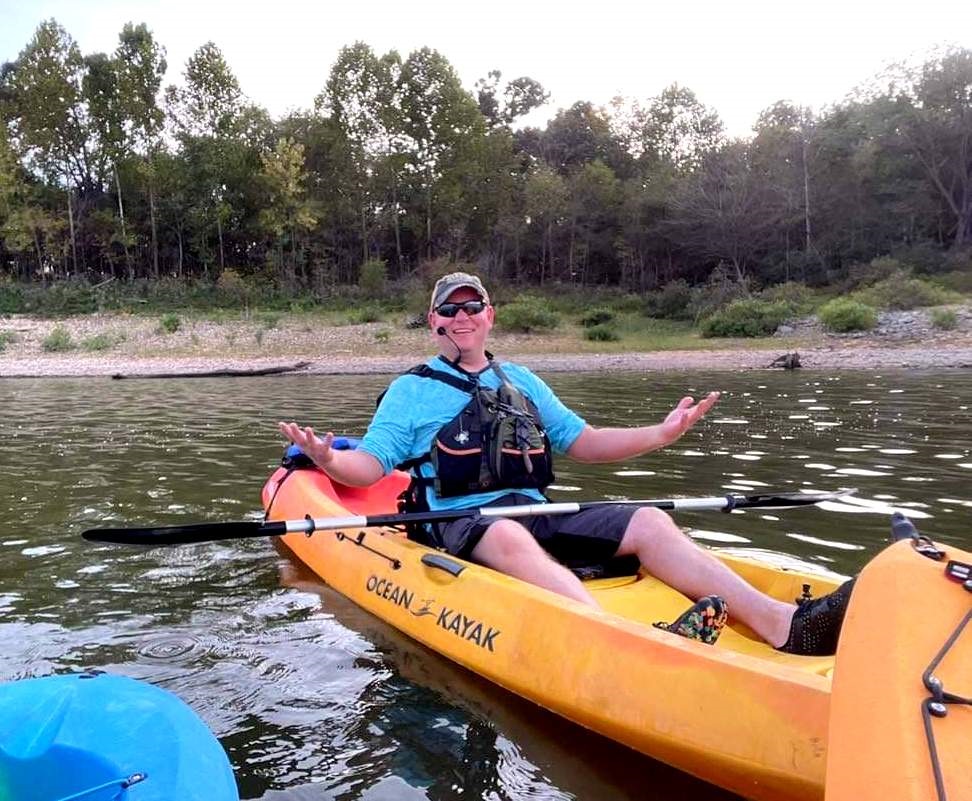 Dorcas and her family started coming to Benton County for weekend get-a-ways in the early 80’s. Being hear hunting and fishing was important to their family when looking to relocate from Springfield.

She felt very fortunate to have been able to raise her children in this area.

Dorcas enjoys working with our tourism board and sharing the many activities available in our county. 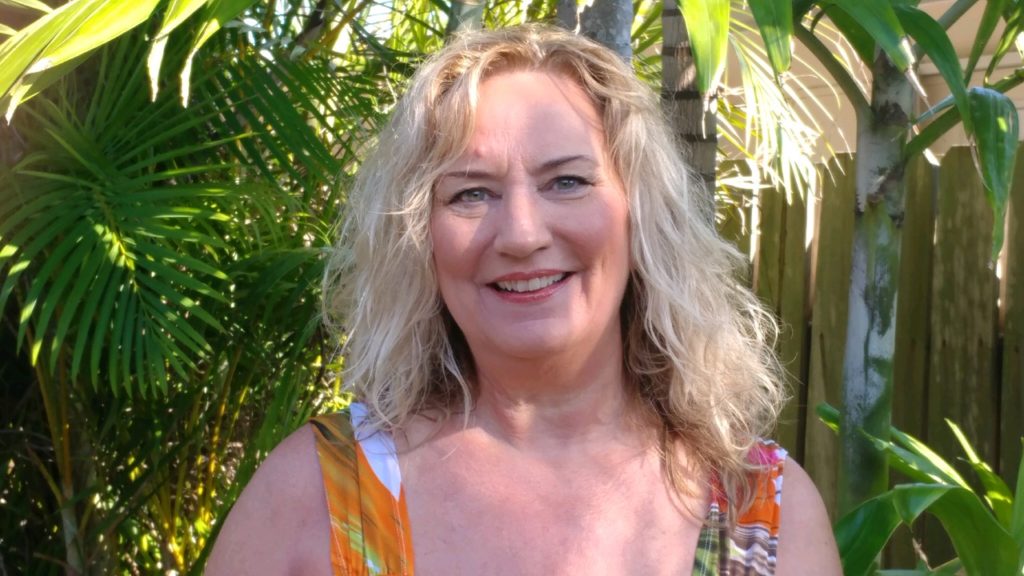 Jessi started on the Board of Directors for BCTR in 2018. Jessi moved to Warsaw in August 2016. Originally born and raised in a small rural area of Indiana and then to Ashland, Missouri.

Jessi is the City Clerk and Finance Officer for the City of Warsaw. She is passionate about the community and the individuals who live and visit the area. She loves the outdoors and being involved in all things Benton County and enjoys hiking and being on the water soaking in the sunshine.

Jessi believes tourism is detrimental in allowing Benton County its continued growth and prosperity. Visitors and residents alike enjoy the beautiful sites, scenery, hunting, fishing, antiquing and the great outdoors. Benton County is a place to be. 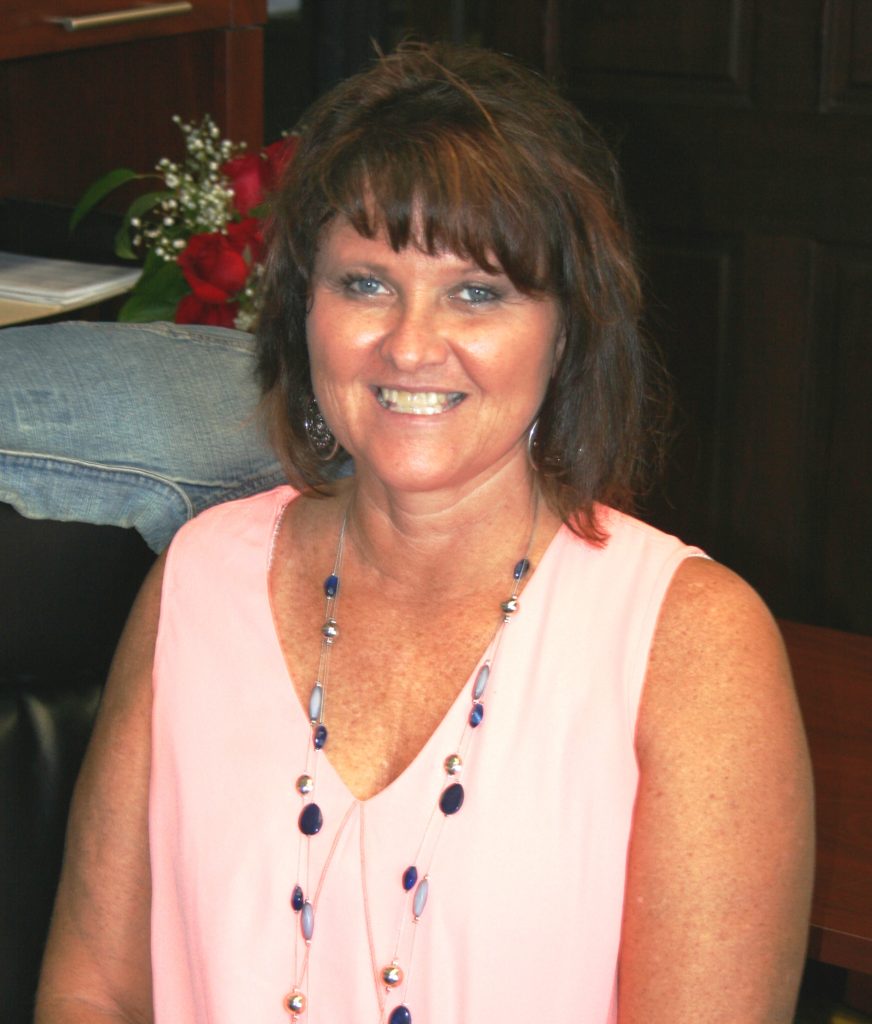