Downtown and Drake Harbor Recreation Area Trails in Warsaw, Missouri is honored as a Great Public Space in Missouri. This charming downtown area and nine miles of trails creates a recreational haven for residents and visitors alike. For the official full press release click here. 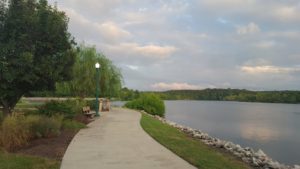 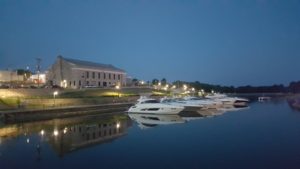 Beginning with a Downtown Revitalization Plan in 1997, Warsaw has experienced over twenty-years of continuous planning and improvement. Progressive planning efforts such as a 2003 ADA Transition Plan, 2006 Trail Master Plan, and more recently the 2015 update of the City’s Comprehensive Plan-Building on Success to Capitalize on the Future, provide clear examples for other communities to follow. 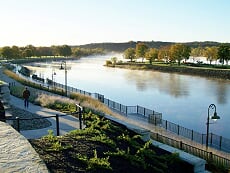 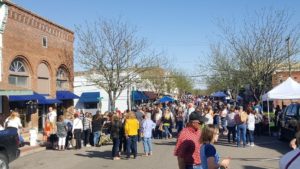 Following the four P’s: Planning, Partnerships, Personnel, and Public Input, planning was the integral key to over $17.8 million in federal, state, and local investment, with nearly $9 million in downtown and recreation area improvements. The downtown enhancements, combined with improvements to the boat access, led to more businesses in part because of the increased opportunity of water and land customers. 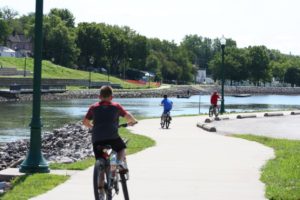 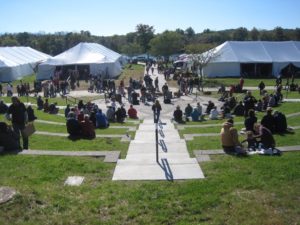 Visitors also flock to the numerous annual events hosted in the downtown or recreational areas, such as Jubilee Days, the Ozark Cigar Box Guitar Music Festival, and Heritage Days which draws crowds of over 10,000. With so much success tied to strong planning efforts, it is no surprise that Warsaw was named one of the 12 best communities in the nation by the National Complete Streets Coalition and received the 2019 Governors Tourism Award for Innovation. . 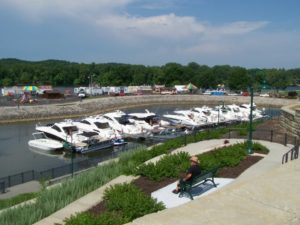 Continued persistence and good planning guarantee that downtown Warsaw and Drake Harbor Recreation Area Trails continue to provide a quality public space for all to enjoy. 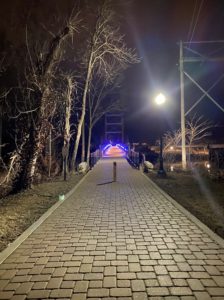